How to Make a Time-Lapse with GoPro, 2021 Guide 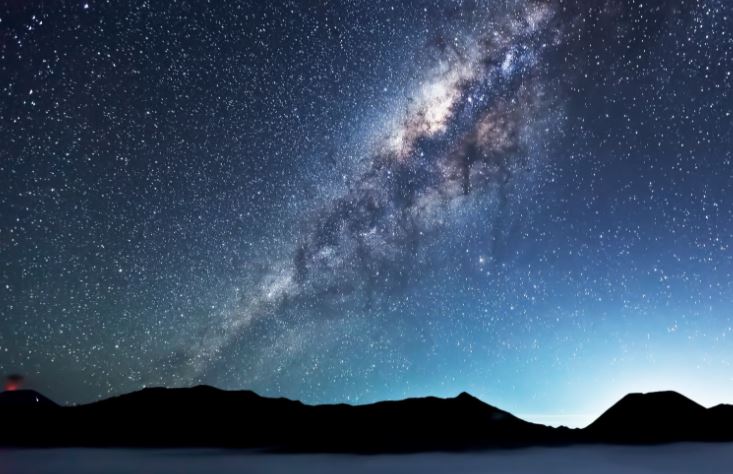 I will show you today how to make a time-lapse with GoPro and how to edit the video using the Free software Quik.
When people hear the word time-lapse, they think that they need to be pro photographers in order to create one. Well, honestly you don’t need to! The camera will basically do everything for you, you just need to set it up with the correct settings that I will show you in the 4 steps below.

There are two types of time lapses, one is created by recording video frames at an interval over a long period of time then the camera will compile it into one video. The other one is created by shooting a series of photos at a set interval over a long period of time (ex: couple of hours) then combining these photos later into a short video using Quik.

I’m sure many of you have seen what a time lapse looks like. I like to use both time lapse modes during the day and night. The best for me would be to shoot a sunset or sunrise, especially when the sky is a bit cloudy. Speeding this up would make an awesome short time lapse video.

Shooting a time lapse at night with a GoPro requires slightly different settings which I will show you in the next couple of minutes.

But first, here’s what you need in order to make this happen:

How to Create a GoPro Time Lapse Photo

Works in all Hero4 and Hero5 cameras

Make sure your battery is fully charged and the memory card is inserted. Keep pressing “Mode” button until you reach “Burst Mode”, press the “HiLite button” and choose “Time Lapse”, then setup the interval time of each photo, well here it’s up to you because it depends what you’re shooting. For me, I usually set a fast interval for fast events (traffic, people walking in the streets, etc..) and slow interval for slow events (ex: Moving clouds, sunsets, etc..).

I always want to have the highest resolution possible, so I set my Hero5 Black at 4K resolution, you want to make sure you have the best quality possible for editing the video later on. Further down, you have Protune which enables you to edit the white balance, color, exposure(ISO) and  sharpness.

I usually leave the white balance and color as Auto, I change the exposure depending on the light, if I’m shooting outdoors and during the day, I would choose 400 and when it’s darker I choose 800. But again it’s up to you, you can test and decide which setting suits you the best. And if you don’t want to get into detail you can just leave Protune Off.

Now that your GoPro is set up, you’re nearly ready to start. I mostly use a tripod for stability because I don’t want my GoPro to move or fall during the time lapse which will be really annoying and sometimes you’ll have to start over. So better to use a tripod to keep the camera stable. Now just aim your camera on where you want to shoot your time lapse.

If you don’t have an LCD display, you can use the GoPro App on your smartphone to see what you’re shooting, this is really important and you need to take your time here to have the best shots possible.

When I’m planning to shoot more than 2 hours, I make sure to have extra batteries (at least 2), so once one battery is dead I quickly replace it with a new one. Also, as I mentioned earlier, make sure to have a fast memory card with big storage, it depends on the duration of the time lapse but you need to aim at no less than 32GB.

OK, now that you have your photos on your GoPro, it’s time to export them to your PC. Insert the Micro SD card into your computer and copy all the photos to a folder (You will have around 2000+ photos, also depends on the duration of the time lapse and the intervals). You can go quickly through the photos and delete the ones that you don’t like or where you see any objects you don’t want to see in the time lapse.

Once your photos are ready, open “GoPro Studio” and import all the images. The app will compile them in a video automatically. You can then proceed to Step2, where you can further edit the video (change exposure, white balance, add filters, etc..).

I recommend you to play a little with these settings, you can really enhance the quality of your video, I usually add a filter to bring out the colors. Don’t forget to set the playback rate (FPS) before you export the video, I usually set it at 30FPS but it also depends on how you want your video to look. You can experiment and choose what is best for you!

I have compiled a list of alternative GoPro editing software, make sure to have a look.

Since you took photos, you will have no sound in your time lapse which is boring, so before you export the video and save it, add a nice music track that goes with the time lapse you just created. You can try it and see. It really does change the video and makes it more alive!

How to Create a GoPro Time Lapse Video

Make sure your battery is fully charged and the memory card is inserted. Go to Video Mode and select “Time Lapse Video” from the menu, Once you select the time lapse mode, we then need to select the video resolution. I personally prefer 4K because I like to have the best quality possible when editing the video later.

You just need to keep in mind that using 4K will generate huge files that will quickly fill the memory card, and that’s the reason I use large SD cards, mainly 128GB for my Hero5 Black.

Another thing to watch out to is that working with huge 4K videos needs a powerful computer with a good graphic cards so unless you meet these two requirements, I would advise you to refrain from using 4K. 1080p or 2.7K is not bad at all! Remember that 4K is only available on the Hero4 Black and Hero5 Black.

Then we need to select the ‘Interval’ and ‘FOV’. You can set the interval anywhere from 0.5 to 60 seconds. The interval specifies how long it takes to capture one frame. Ex: if we set the interval to 0.5s then it takes 0.5s for the GoPro to create one frame.
I leave the aspect ratio at 16:9, I never use the 4:3 since all TVs and screens nowadays are wide.
Let’s jump to the next step.

Same as Step2 in the time lapse photo.
Note: Once you start recording a time lapse video, the time you’ll see on the GoPro’s LCD screen is the duration of the captured video and not the time that has passed since your started shooting. It can be confusing but it’s something important to keep in mind.

I’ll give an example: When you start recording, you might see that 00:01 is not moving, it will remain on the screen anywhere from 15 seconds to 30 minutes depending on the interval settings you selected in Step1. (15 seconds with the 0.5 seconds interval and 30 minutes with the 60 seconds interval).
Another tip is to allow the GoPro to take more intervals then you think that way you get more shots and more flexibility when editing.

Once you stop recording, all the frames will automatically compile into one video. Remove your SD card and plug it to your PC and copy the video to your hard drive (copy time depends on the size of the video). Then open GoPro Studio and import the video.

This is now the final video, it will playback at 30 frames per second. You can add filters to enhance colors if you like. You can also play with the speed (slow/fast time lapse). It all depends on the duration of the captured video. That’s why I advise you to shoot a long time lapse, that way you can edit it as you like with the GoPro Studio.

Same as Step4 in the time lapse photo.

How to Create a GoPro Night Lapse Photo

Works in all Hero4 and Hero5 cameras

This is another awesome feature from GoPro that let you shoot time lapses in low light or at night. The feature is called ‘Night Lapse’. It works with both Hero4 and Hero5 cameras and can be activated by selecting ‘Multi Shot’ in Modes then changing the Mode setting to ‘Night Lapse’.

Below is a small table to help you choose the correct interval:

Let’s jump to the next step.

Same as Step2 in the time lapse photo.

Just a couple of tips to keep in mind:

Same as Step3 in time lapse photo. Make sure to use the editing features in GoPro Studio to speed up the time lapse playback, color correction and panning.

What’s better than sharing your work with your friends and family or even to Youtube and Vimeo?

Important things to keep in mind

There you have it ladies and gents!

Now that you know how to make a time lapse video with GoPro, go out there and try it out! Don’t hesitate to ask a question or leave a comment in the comments section below 🙂