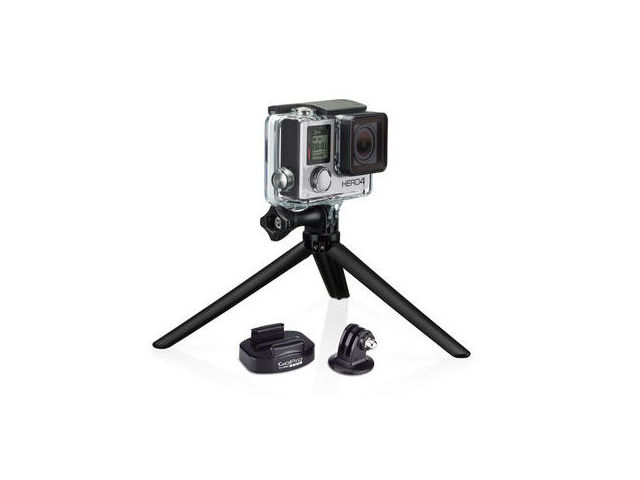 Do you want to find out how to use a GoPro as a webcam?

Normal webcams are sometimes not good enough and don’t have the wide angle the GoPro has.

It’s true that GoPro was made for extreme sports but why not find other ways to use this tiny camera?

Have you ever wondered the possibility of using your GoPro for Skype or for live broadcasts?

This can be annoying specially if you do live broadcasts. Everyone prefers a crisp high definition video over a bad quality one.

I had the same problem until I figured out a way to capture the GoPro video in real time! I also managed to do the same setup with my DSLR.

The thing with using a GoPro webcam is that you need additional hardware.

There is no other way around this method but in return you will get the result you want and you’ll have the awesome GoPro video quality captured to your PC.

So can you use an action camera as webcam? DEFINITELY!

The Hero 8 Black will need the GoPro Media Mod adapter which has an HDMI out and a 3.5mm audio port.

Here’s What You Need

For MAC users who don’t have a USB 3.0 port but have a Thunderbolt port:

Why Do You Need a Capture Card?

Let me just explain to you quickly about the video capture card and why you need to have one.

The video capture card converts the video signals generated by the GoPro into a digital format and then gives you the ability of storing these videos on your computer’s hard drive as well as streaming the video from GoPro to PC in real time with no delays.

It captures the video and audio coming from the GoPro through an HDMI cable and transfers it to your computer through the USB 3.0 port where you can either record it or use it for other applications like Skype, Facebook, WebEx, OBS, etc..

The DIGITNOW Capture device is a good quality capture adapter for Microsoft Windows, Linux and Mac OS X that has little to no delay, it can capture videos up to 1080p at 60fps.

This is one of the good capture devices that I found in the market with an acceptable price.

It can also be used with other devices like Playstations, XBOX, Video cameras, etc..

If you’re using an old MAC that doesn’t have a USB 3.0 port but have a Thunderbolt port then the only device that can be used is the Blackmagic Design UltraStudio Mini Recorder.

This one is plug and play so there’s no need to install any drivers on your PC. It’s also compatible with Windows which makes it the best choice if you have more than one operating system. It can also capture videos up to 1080p.

If you have tried cheaper capture cards that work well, then please feel free to share it in the comments section below.

Let Me Show You How To Do It!

1- Connect your GoPro’s USB cable to your PC. If you can’t see any video output when connecting your GoPro to your computer then you need to plug it to a power outlet using a 5V charger (this is used for power, don’t think of using the battery because it’ll die in less than 1.5 hours).

2- Connect the MicroHDMI cable (audio/video data transfer) from your GoPro to the HDMI port of your capture device.

It’s mandatory to have a video capture card, normal HDMI ports on your computers do not capture videos, they only send OUT signals to external monitors or TVs.

OBS (Open Broadcaster Software) is a free open source software used for video recording and live streaming. Go to this link to download OBS and then install it on your PC.

Ok so now you can power Up your GoPro, Go to video settings and choose the full HD resolution (1080p at 30fps or 60fps), do not choose more than 1080 because the HDMI cable that we’re using doesn’t support higher resolution.

Once you’re done, go to setup/preferences and disable OSD (On Screen Display) because the HDMI output shows the time and date by default on your screen and you don’t want that to show.

To disable the OSD on a Hero5, go to “Preferences”, find “OSD” then turn that off.

You also need to change the HDMI out settings on your Hero5 Black to “Live” in order to prevent the GoPro screen from going black.

Here’s how you can do it: Go to “Preferences”,  scroll down to find “HDMI Output” then choose “Live”.

Open OBS, go down and right Click on “Sources” then Add -> Video Capture Device, You can put the device name “GoPro”.

A new window will open, select the device which is the video capture card, then under Video tick “Custom Resolution” and select 1280×720 then for FPS select 30.

For audio, you also have to choose the capture card unless you’re using an external mic for your GoPro. Press OK and now you should be able to see the camera preview.

For Mac, you don’t need to install any drivers. Skype will automatically detect the capture device once you connected everything and will use your GoPro as a webcam. Same thing for Facebook video chat, FaceTime, Google Hangouts..

For Windows, now that everything is set up, you’re ready to use your GoPro as a webcam.

If you would like to use it with Skype, then go to Skype -> Tools-> Options-> Video Settings-> Choose the video capture card (below screenshot).

Make sure to do the same in Audio settings except if you are willing to use an external microphone on your GoPro then you need to choose your other audio source.

For live streaming or video recording to your PC, you would need to use OBS.

Now if you want, you can save your streamed video to your computer, just make sure to click on “Output” on the left menu and select your preferred location to save your videos.

I don’t know about you but I prefer to fix my GoPro on my desk using the Joby Tripod, it provides stability for my camera so I’m sure it won’t fall off during live broadcasts.

Another advise is to use the GoPro frame housing(below, for Hero3 and 4) for better audio recording quality because if you use the waterproof housing, the sound will be muffled.

You also might want to consider using a GoPro external mic for a better sound quality as I find that the GoPro audio is not that great.

I’m sure many of you are excited to try this setup. I personally have a GoPro Hero5 Black set up only for live streaming use, it’s always on my desk fixed on the tripod ready for capturing videos!

Is it possible to use a GoPro as a webcam without a capture card? Yes, but ONLY with GoPro Hero 4 cameras.

And the end result is not what you really want: Low quality video.

I know some of you might be disappointed that you can’t use your new Hero cameras as a webcam.

That is the reason I mentioned in the beginning of this guide that the only way to get this working is by using a capture card.

If you have a Hero4 and still interested in trying this, then go to this guide, scroll down to the appropriate section and follow the steps.

If someone figures out how to use the new GoPro cameras without a capture card then it would be great if you can share the details and I will update this article for all the readers to see. 🙂

How to Use More Than One GoPro as Webcam

Some of my readers have asked me this question. They would like to use two or more GoPro cameras as webcams for Skype.

That is possible to do using the above setup. No need for another capture card, you only need one.

The only additional hardware is a simple HDMI switch that has 2 or more HDMI inputs and 1 HDMI output, something like this one.

You can connect both your GoPro to the HDMI inputs then the HDMI output to the capture card.

You can then switch between the cameras using the HDMI switch, you can only capture video from one GoPro at a time.

So the additional hardware you need is an HDMI switch, an extra micro HDMI to HDMI cable for the second GoPro and 1 HDMI cable to connect the HDMI switch to the capture card.

This setup can be useful for people who are looking to show different video angles on Skype or other applications.

If you notice that the video is mirrored on Skype then don’t worry, the video won’t be mirrored to the people you’re Skyping with.

Answer: Yes, DIGITNOW capture device is compatible with most operating systems like Mac OS, Windows and Linux. You just need a 3.0 USB port on your PC or MAC.

2- Question: Why when I connect my GoPro Hero 5 to the DIGITNOW capture card the GoPro screen goes black?

Answer: This doesn’t happen to everyone but if it happens to you then you would need to change the following on your GoPro: Go to “Preferences” then under “I/O”, select “HDMI Output”. Set it to “Live”. You also need to make sure that the GoPro is being powered by an external 5 Volt charger.

3- Question: How can I connect an external microphone while my GoPro Hero5/Hero6/Hero7 is hooked to the computer?

Answer: Since the GoPro Hero5, 6 and 7 have only one USB port which you will be using for power, so you would need to connect your external microphone to your computer then set it up as audio input on your OBS or other software.

4- Question: What capture devices other than DIGITNOW I can use?

Answer: I have personally tested the Magewell HDMI to USB Gen2 which is compatible with all operating systems. I have also used the AverMedia ExtremeCap U3 which is only compatible with Windows.

5- Question: Is this setup compatible with GoPro Hero 4 Session?

Answer: No since the 4 Session doesn’t have a Micro HDMI output port.

There you Have it Folks!

I hope you enjoyed my tutorial on how to use a GoPro as a webcam.