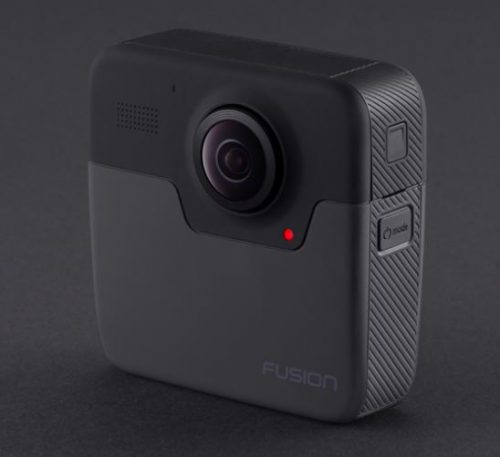 Sometimes, the best way to make something everlasting is to capture it in a photograph or video. The thought of capturing a video in a 360-degree manner is very enticing but that activity comes with its own share of troubles.

GoPro has made its name in the market over the years because its products are highly reliable, have a good performance record, and are of impressive quality.

Sometimes, one may complain that they are overpriced but quality always comes at a price and photography enthusiasts know that it is extremely irrational to compromise with the quality.

GoPro has managed to attract a loyal fan base and it is making impressive progress in the field of technology every day.

360-degree videos are recordings where a particular view is recorded from different directions using an omnidirectional camera and in its absence, a group of cameras.

The viewer gets to control the viewing direction. Special omnidirectional cameras have already been designed like GoPro Omni and GoPro Odyssey, where multiple action cameras were fitted in one frame.

The GoPro Fusion has jumped on the bandwagon of this latest trend with the modification that it lets you capture the recording in into a fixed perspective video but you won’t have to worry about the frames and sequence of your shots as you can carry out the modifications later on.

This was what catapults Fusion ahead of the other 360 degree cameras presently in the market. Let us take a look into the details regarding the specifications of this multipurpose camera set to release this month.

GoPro seems to continue their tradition of putting on a few grams on its latest releases. The Hero 5 Black was slightly larger in size than the Hero 4 Black.

And now the Fusion is noticeably larger than the Hero 5 model. Quite prudently, GoPro has used the extra size to pack two cameras on the device – one on the front and the other at the back. It is still a lot smaller than the GoPro Omni 360 though; so it preserves you cool look somewhat.

The same rubbery coating that all GoPro cameras boast of is there, which renders the device shockproof. The grey-on-grey styling that has now become the signature of the Hero models is continued in this device with the small LCD screen giving it the characteristic GoPro look. Interestingly, there is an integrated mount on the bottom; so you no longer need to use housings while mounting the camera.

There is a 3 way microphone system built on the top of the camera to provide directional audio for 360 degree videos. When you are listening to the sound with your headphones, the 3D audio moves as you move your head around.

This gives an amazing wholesome experience and is undoubtedly, one of the most talked about features on this multipurpose camera.

Anyone with any experience with GoPro models whatsoever must have noticed the company’s obsession with the three-button setup on their products.

The Fusion is, however, not of that mold. It features a quick capture/shutter button on the front and a mode switching button on the side.

The monochrome display on the front shows the current mode along with the battery life. There is no image preview display, but that’s understandable anyway.

The camera is waterproof up to a depth of 16 feet. While that may not seem much when compared to the Hero 5 Black and the more recent Hero 6 Black, it has to be kept in mind that the GoPro Fusion was not designed to be an underwater camera primarily.

The Fusion records the footage to dual MicroSD cards. The software is programmed in such a way that it smartly matches the correct files and stitches them up on its own.

That makes the entire process less cumbersome. However, you must be careful while transferring the files to your personal computer using a USB connection as that might mix up the sequence.

Ever since its announcement, a lot was expected from the OverCapture feature of the GoPro Fusion. And now that it is finally here, it does not disappoint at all.

The spherical footage recorded on your camera is taken up by the OverCapture which then transforms the 360-degree footage into a flat video that makes it easy to watch.

Using the OverCapture feature, you can have a flat shot of a selected part of the video, include more parts in it and also have the entire video included.

While editing the video, you can go through selected parts or shift between the spherical video and flat video in one motion. It’s not perfect, for there are still some blurred areas at the top and bottom of the video, but overall, it’s still worth the price you’re paying.

Using the telescoping pole, you can mount the camera away from your body. The Angel View prevents the pole from showing up in your footage.

It digitally removes the pole from the footage and gives the impression as if the camera was floating in thin air. The OverCapture is easy to use.

After transferring the video to your phone, while playing the footage, simply touch the OverCapture button. Manipulations can be done by mere touch.

As the video plays, this app processes it and delivers a fixed frame video. For regular users, this feature allows them to make very good action videos.

Just like all other GoPro cameras these days, the Fusion also allows both Bluetooth and Wi-Fi connectivity. If you are intent on saving your images and video files to your tablet or smartphone, GoPro’s app makes it a lot easier with hassle-free transfer.

The Quik app had already impressed customers with its utility and performance. The new beta version of this video editing app is yet another step for the better.

You can import several files through this app which then lets you cut together clips and ultimately produce an edited video to share quickly on social media.

The fact that the beta version of the GoPro Quik app constantly syncs video taken from your camera to your Android device, thus creating a ‘story’ for you that you can share later on makes it all the more lucrative.

This constant sync feature first came to the GoPro Hero 5 models, and is set to amaze Fusion users as well.

It’s not always convenient to edit and share recordings taken by a GoPro due to time constraints. Quik does an incredible job at this by doing most of your work through editing presets that automatically tune your visual files to music and syncs transitions to the beat of the song.

It even lets you select the duration of the overall video before you share it on social media. Apart from these, there are a plethora of advanced features that you can tap into if you are comfortable with tinkering with the minute details of your recording.

It is pertinent to mention here that the Fusion has GPS, an accelerometer and a gyroscope. It also has a compass inside it and it can be voice controlled in 10 different languages.

Battery performance has never been the strongest suite for GoPro cameras. While not much is known about the battery of Fusion yet, it would be a folly to expect very different performances that what GoPro has been providing in its last few releases.

Recording at high resolutions and keeping your Wi-Fi connected for a long time are going to drain your batteries. It is, therefore, prudent to double up on batteries if you are planning to carry your camera around with you at all times. The charging port is a USB Type C Port, which is what most smartphones use nowadays.

Here’s a YouTube video by GoPro showing a footage of the GoPro Fusion:

Virtual reality had enjoyed a lot of hype when it first came into the scene, but with costly headgears, the experience wasn’t evidently made for all.

GoPro wasn’t the one to pioneer 360 degree cameras in the market – by the time it launched its first 360 degree action camera, there was already a lot of competition in the market.

However, 360 degree cameras come with their own set of cons. It’s never easy to edit and share the recordings on these devices, especially if you have limited time at hand.

This is where the Fusion makes its case. It offers a stellar performance and an exceptional hardware experience, making it convenient for users to edit and share their videos on the go.

Of course, all these come at a hefty price of $699. It is important to gauge your needs before you spend so much, and we hope this review has assisted you in that regard.