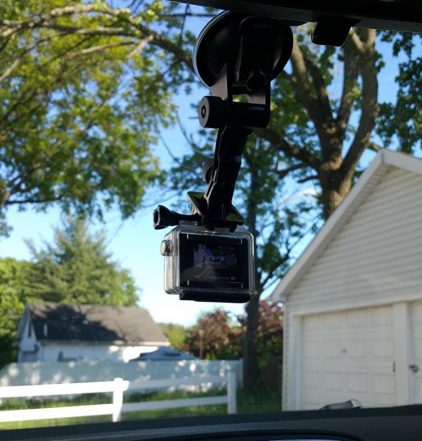 I will show you today how to use a GoPro as a dash cam in your car.

You may have noticed lately on some YouTube videos that many people actually use it especially in Russia to record video footage while they’re driving. Many police cars in the US have it as well.

I personally love GoPro and I own few models from the Hero4 to Hero8.

If you have a spare one or maybe when you’re not using yours for other activities then you can definitely use it for this setup.

That’s fine, don’t worry. GoPro has an additional setting where I can change the orientation (Up, Down or Auto) which is another great feature from GoPro.

So I make sure to set this up prior to mounting the camera.

Here’s a video of a GoPro as dash cam. I really like the wide angle, no blind spots!

Well, the GoPro Hero5 or newer models have GPS capabilities that can to track your movements.