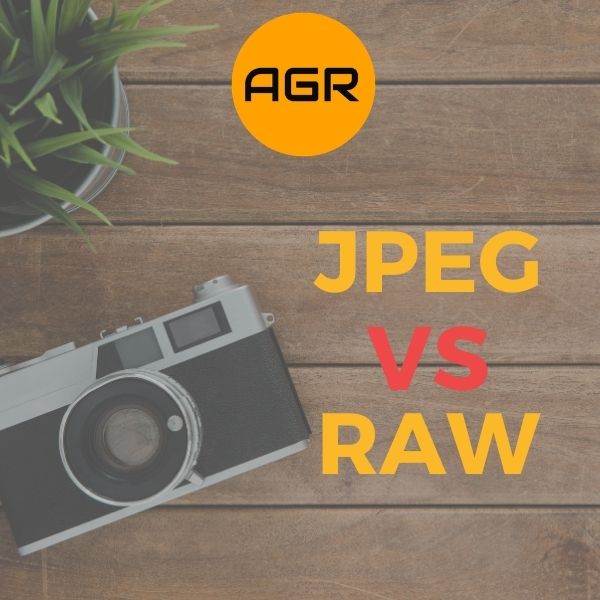 In this post, I will give you all the information you need to know about Jpeg vs Raw.

You have probably been in a situation where you have to choose between Jpeg and RAW photos for several reasons.

In my action cameras review, you have seen me mention photo formats where I highlight whether the camera supports both Jpeg and Raw or one of them. Some people prefer to shoot in Jpeg while others prefer to capture in Raw.

Before delving into this topic, we must understand how a digital camera works to produce an image. The processor in a digital camera changes analog light to digital information then records it.

The image sensors in these digital cameras consist of pixels which are tiny units. For instance, a 12 Megapixels sensor means that the camera has 12 million pixels/tiny units.

But here comes the challenge now; the image sensor’s pixels cannot detect the complete light spectrum and it, therefore, means that it cannot measure the intensity of different colors e.g., red, blue, etc.

To overcome this challenge, the camera manufacturers put a color filter at the front of each pixel where every filter blocks three colors.

Which format is good for you? When should you use either format? I will be answering these questions in this post as I try to shed light on this never-ending debate.

JPEG files are photo files that have been processed within the camera itself.

Every digital camera model has its ways and powers of processing an image hence the difference in photo quality.

There are certain camera settings that you can change before shooting an image like color temperature and sharpness.

The camera’s processor will add things like blacks, contrast, brightness, noise reduction, sharpening after which the image file will be compressed to a jpeg format.

Jpeg is widely used and the most popular format we have today in digital cameras mainly because of its high compression efficiency. It is rare to find a device or software that cannot open a Jpeg image file.

You can immediately view or print a jpeg image after capturing it. Jpeg is widely considered as a ‘loss’ format because of the various details we lose when using this format.

These lost details cannot be recovered and this presents a drawback to people who would love to further process their files.

As the name suggests, a Raw image file is one that has not been processed by the camera.

It is an image that has been picked directly from the image sensor without any further processing by the digital camera’s processor.

A Raw image file is commonly referred to as a ‘digital negative’ because it is equated to the traditional ‘negatives’ that were used to create images in former cameras.

You can use more advanced imaging software like Adobe Lightroom, Photoshop, or Final cut pro to process your raw images to bring out something you will truly admire.

Raw images have the disadvantage of having limited software programs that can open the file.

RAW is a brand-named format that is attached to a specific digital camera model that uses their file extensions.

You will therefore need to find a software program that is compatible with your digital camera’s raw images. For example, GoPro action cameras use the .gpr file extension for their Raw images.

When you post-process a Raw image file, you will get better shadows, improved dynamic range, better contrast, and brightness among others.

When you use RAW format to capture your images you will realize that the memory card gets filled up quite quickly than the Jpeg format.

This is because this format captures a lot of data in addition to its uncompressed nature.

·    The uncompressed and unprocessed image information from the image sensor

·    All other metadata about the image file.

If your digital camera has a back display that previews captured images, then the camera will display the processed Jpeg format.

You can refer to the image file’s metadata for information about the image sensor, date and capture, camera model number, exposure settings, and such.

Differences between Jpeg and Raw

The following tabulated information shows the differences between these two formats.

When to use Raw and Jpeg

After seeing the definition and the differences between the two, it is now time to see when to use the more appropriate image format.

Despite having more advantages than the Jpeg format, there are instances where it is good not to use Raw image format.

If you have followed my action camera reviews you will realize that I enjoy shooting images in Raw format because of the many advantages that I can get.

The major issue I have with Raw files is the storage requirements and I can solve that by getting a larger hard drive and microSD card; furthermore, storage devices are affordable nowadays.

I also enjoy the flexibility in editing Raw images and the things I can do all together. It all requires some time and it will be good to have the best image you may wish to keep from your adventures.

The drawbacks of time and storage space are overpowered by the extent to which I can go in editing Raw images and the fact that I can recover my image data.

Most of us have been in places where you captured a poorly exposed image or you messed up with the camera settings a little bit.

Thanks to raw format, you can recover the image details and apply the necessary correction to revamp your image.

I would recommend you use Raw format when you want to capture more professional photos and in instances where you may not want to lose any bit of information captured by your image sensor.

On the other hand, you can use Jpeg image format when you are in a hurry and you may not have the time to apply the necessary corrections in post-production.

You can take instant Jpeg files and share them across your social media platforms on the go because the camera does the processing for you.

You can do that for informal images that would not matter if you lose their information or not since it is impossible to recover.

In rare occasions where you are running low on storage, it is good to stick to Jpeg format since it will not occupy a lot of space.

You might find a camera that has only the Jpeg image format, for example, GoPro Max.

However, it is very rare to find a camera that has Raw without Jpeg. As I highlighted earlier, when using the raw format, your camera will also save one Jpeg image.

Digital Single Lens Reflex (DSLR) Cameras are mostly used for professional purposes and as such, most of them have both Jpeg and Raw file support.

I picked the best 10 of these cameras with raw support that you can check them out;

We also have many action cameras that support both Raw and Jpeg ranging from budget to more expensive ones. The following are my top 5.

The debate on Jpeg vs. Raw and which one is better than the other has been with us for quite some time now.

I think both formats have their spaces in digital photography and we cannot ultimately rule out one as being of no value.

Have a look at the video below from Pixel Village that shows the pictorial and functionality differences between Raw and Jpeg.

It is upon the user to determine which format works best for them having in mind the possible conditions and scenarios I have highlighted above.

I hope you found my jpeg vs raw article useful.

Which image format do you prefer? Let me know in the comments section below.