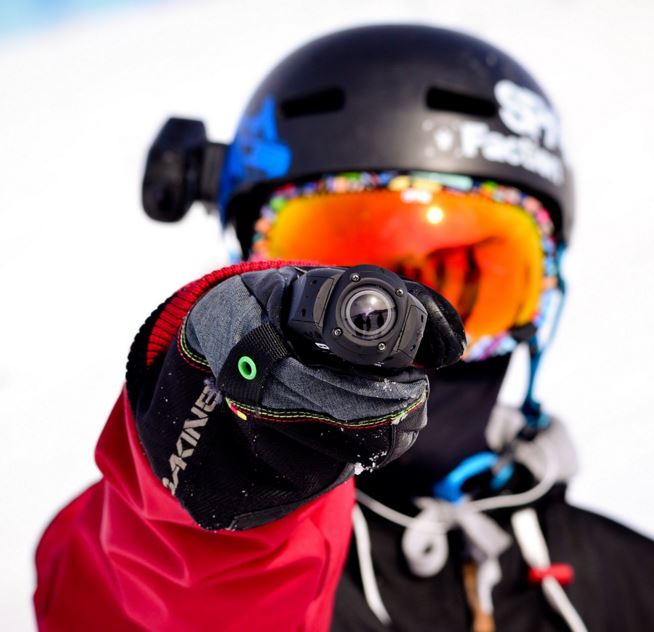 Today’s post will be about the Drift Ghost S review, it’s a great camera for both action and casual users!

I like the Drift Ghost S because it has plenty of features and for its price as an action camera, it can be a steal! Many action cameras around this price don’t have the same features as the Ghost S, this one has much more value per dollar spent compared to other ones who aren’t even close!

This camera can be a cheaper alternative to GoPro and the thing that surprised me the most about it is how smooth and rich the video displays on playback. The Ghost S is twice as powerful as its predecessor the Ghost, having an evolved high speed processor, a Sony CMOS sensor, this camera is capable of taking full HD videos of 1080p at 60 frames per second, 12 megapixels still shots with a great low-light performance!

What I also find attractive in the Drift Ghost S battery life, it’s a lithium 1700 mAh battery that can record up to 3.5 hours! Yes, 3.5hours of non stop action. So now I worry less about my battery dying and focus more on getting awesome footage.

The LCD interface is user friendly, simple and intuitive, has many user accessible features like resolution, frame rate, exposure, 10x digital zoom, it will even let me play with the bit rate, great! The LCD display makes it more easy to frame my shots, access the settings and change modes and preview my recordings afterwards which really makes things more comfy.

The Ghost S has a rotatable lens, which means that I can mount the camera in any position and I will just need to rotate the lens to get a straight image which I can check using the LCD, the lens is a 300 degrees rotatable so there’s no need for me to set the angle and it has no screws too!

The Drift 2-way remote, yes it’s included with the camera

The 2-way remote has two buttons, to start and stop recording, to control more than one camera at the same time using the All-in-one mode. What I also like here is the fact that I can take photos while recording videos, using one button. The remote LED button color will show me the mode that I’m using.

More features coming in! well, the Ghost S has a cool feature called “clone mode”, I haven’t tried this feature because I have only one Ghost S, what it does is basically allows you to record across multiple cameras simultaneously (max of 5 cameras) that are on the same WiFi network. First, you need to set 1 of the 5 cameras as Master camera which will send the change in settings to the 4 other slave cameras, that way you only control one camera and you don’t have to worry about the others.

Another cool feature I tried is the Car DVR Mode. I can connect my Ghost S to my car and it will start recording automatically the moment I hit the ignition and will stop recording when I stop the car. You can also determine the length of  the video yourself which makes it easier to edit your videos later on.

I’m sure most of you know what is “loop recording”, well it’s an awesome feature that lets you record continuously without worrying about storage since it automatically erases old footage, so you don’t need to worry about storage when you you have this feature enabled on your Ghost S.

You can take it underwater without any housing!

You actually can, but be careful here, it’s waterproof down to 3meters (9feet) without any housing which is in a way cool and many other action cameras do not offer, it can resist rain and dirt without any issues. But if you would like to go deeper than 3 meters (9 feet) then you will need to get the waterproof housing and you will have your Ghost S diving down to 60 meters (131 feet)!

The Drift Ghost S accessories have to be bought separately, the camera includes only the battery and a USB cable. You would definitely need to get a memory card along with the camera.

There you have it ladies and gentlemen 🙂

If you have any questions about the Drift Ghost S then please don’t hesitate to leave a comment below and I will be more than happy to help!